Fast Action Wrestling is a print and play quick play professional wrestling card and dice game that can be played solitaire or with others.

Fast Action Wrestling provides a new approach to card and dice quick play wrestling games. It avoids getting bogged down in the blow-by-blow details of a match and instead focuses on the highlights. With simple and elegant dice mechanics, you can run a match in a few minutes. The game engine quickly tells you the winners and the losers of matches so that you can easily run through an action packed wrestling card that you've put together.

If you'd like to take Fast Action Wrestling for a spin, please download the Demo package. The Demo package contains the basic rules for running a match, two wrestlers, and the Wrestler Damage Sheet.

What about the full version of the game?

The beta is in active development and new wrestlers and matches will added frequently. Those who purchase the early access beta version will have a direct impact on what matches and wrestlers will be added to Fast Action Wrestling. Folks in the beta will also receive the full version when it is shipped later this year. Feedback is encouraged and greatly appreciated!

Future supplements for things like specialty matches, scenarios, and new rule sets will be released frequently. In some cases the supplement may be free and in other cases they will be made available for purchase.

Wrestler sets will be added over time and will generally be free downloads.

In order to download this wrestling dice game you must purchase it at or above the minimum price of $12.99 USD. You will get access to the following files:

I assume plans for release of this game has been scrapped. Or, is it still in development ?

Hello! I had to pause development for a bit, but I’ve slowly started development back up. Apologies for the slow response! 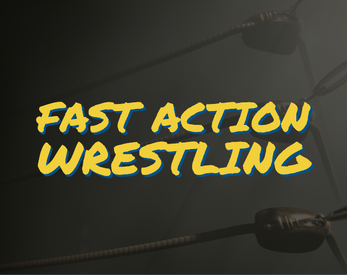